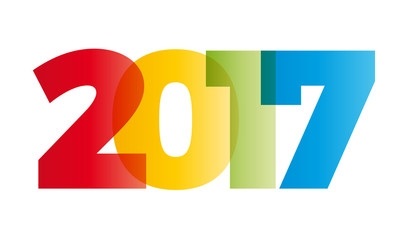 What a difference a year makes. At this time last year, the market had finally recovered from an August swoon that left the S&P 500 more than 10% off its all-time highs, the first 10% correction in more than four years, with the worst still ahead in January and February 2016. Concerns over market risk were dominating the conversation: China (the primary driver of the August 2015 swoon), oil, the soaring U.S. dollar, tightening financial conditions, declining earnings, and the prospective first interest rate hike since before the Great Recession.

As we look back at 2016, by and large, the market has reached the milestones we had forecast for the year, some a little more slowly than expected, but with some unexpected developments, such as the outcome of the U.S. presidential election and the vote for the U.K. to leave the European Union. We were looking for the end of the earnings recession, and got there in the third quarter of 2016, and for stability in oil prices, which we saw starting in February. Other milestones required the election outcome as a catalyst, such as a shift in rate expectations and a transition to fiscal stimulus from monetary. The election itself was a milestone, as it is every time the White House occupant changes.

Passing these milestones puts new forces in play in 2017 that create new opportunities, but also new risks. Here is an overview of what to watch and what it might mean for stock and bond market performance and portfolio positioning as we enter the New Year.

We expect growth to accelerate modestly to near 2.5% with a low chance of a recession in 2017, driven by gains in consumer and business spending, supported by potential pro-growth fiscal policies.

The economic recovery that began in mid-2009 may pass its eighth birthday in 2017, as the odds of a recession—based on leading economic data—remain low. However, the risk of a recession due to a policy mistake (e.g., monetary, fiscal, trade, immigration) has increased heading into 2017. President elect Donald Trump and Congress will likely enact pro-growth policies in the first half of 2017, including corporate and personal tax cuts, increased spending on infrastructure and defense, and deregulation. These policies may boost economic growth (and change the drivers of growth) in 2017 and 2018. However, they may ultimately lead to some of the “overs” that tend to emerge at the end of expansions (overconfidence, overborrowing, overspending), and lead to a recession sooner than otherwise would have been the case.

Although gains in the labor market will likely continue to moderate in 2017, job growth remains robust enough to ensure two Federal Reserve (Fed) rate hikes. Inflation, which has been dormant due to falling commodity prices in recent years, may make a comeback in 2017, as above-potential gross domestic product (GDP) growth and a tightening labor market push up wages and ultimately inflation.

With odds of a recession still low, we expect stocks to outperform bonds in 2017, but with the overall return environment for most asset classes modestly below historical levels.

Fundamentals overseas have been improving, particularly in emerging markets, as have valuations, where emerging markets are especially attractive. However, we remain cautious on international investments due to global geopolitical risks.

Both developed and emerging markets have seen their corporate earnings pictures improve in 2016, with emerging market earnings expected to grow by 15% in 2017, according to FactSet consensus estimates. Developed market earnings have also shown improvement after several years of decline. Valuations overseas, again especially in emerging markets, are particularly attractive. Although there may be opportunities, geopolitical risks suggest some caution.

The election of Trump heralds a new era in Washington, one dominated by increased skepticism regarding the benefits of global trade. As part of his campaign platform, Trump has suggested imposing tariffs on imported goods and renegotiating the North American Free Trade Agreement (NAFTA) and other trade treaties. These actions would negatively impact foreign economies and markets, making them less attractive to global investors. Trump’s election captures the broader spirit of the anti-globalization movement taking place worldwide. That movement was evident in the U.K.’s “Brexit” vote to leave the European Union and will be a factor in many upcoming elections in Europe over the next six months. These developments have increased our caution on international markets for the near term.

One of the greatest risks to any international investment is currency uncertainty. Immediately after the U.S. election, the dollar rallied against almost all major currencies as U.S. interest rates increased dramatically. Continued dollar strength, similar to that experienced in late 2014, would be meaningfully negative for all non-U.S. assets, both equity and debt, developed and emerging. Although this is not the most likely scenario, it remains an important risk. We would prefer to see stabilization, or even a decline in the dollar, before making further investments into international markets.

The primary risks to international investing are a stronger dollar and changes to the global trading system. These risks have us cautious on both developed and emerging equity markets. However, given the strength in underlying earnings growth in emerging markets, this asset class is better positioned to weather a stronger dollar. Currency hedging remains a viable option in developed markets, particularly in Europe.

We expect mid-single-digit returns for the S&P 500 in 2017 and the continuation of the nearly eight-year-old bull market, consistent with historical mid-to-late economic cycle performance.

We expect S&P 500 gains to be driven by: 1) a pickup in U.S. economic growth partially due to fiscal stimulus; 2) mid- to high-single-digit earnings gains as corporate America emerges from its year-long earnings recession; 3) an expansion in bank lending; and 4) a stable price-to-earnings ratio (PE) of 18–19. Gains will likely come with increased volatility as the economic cycle ages.

A policy mistake in Washington, D.C. (as noted earlier) that causes a recession is the primary risk to our forecast. We see elevated stock market valuations as a risk only in a scenario in which the market begins to, or actually does, price in a recession. High valuations have not historically been good predictors of short-term stock market performance. Our forecast for economic growth in 2017 supports our expectation for stock market gains next year and the continuation of the bull market past its eighth birthday. Historically, in years when the U.S. economy does not enter recession, the S&P 500 produces an average gain of 12% and is positive 84% of the time.

Corporate earnings are reaching some key milestones as 2016 comes to an end and 2017 gets underway. We expect earnings growth in the mid- to high-single digits in 2017, well above the flat earnings of 2016 and consistent with long-term averages. We could see the fastest economic growth since the end of the Great Recession, supportive of corporate profits. After more than two years of earnings declines in the energy sector, we expect earnings growth to return, based on expected oil price stability. In addition, we believe any further rise in the U.S. dollar in 2017 may be contained, although we do consider currency uncertainty to be one of the bigger risks to earnings next year. Finally, although profit margins may not return to the record highs set in late 2014, we expect them to at least hold steady in 2017.

Accelerating economic growth, which tends to favor the value style, and improved financial sector performance, based on a steepening yield curve and reduced regulatory burden, may lead to similar performance between growth and value. Small caps may outperform early in 2017, due to the possibility of supportive policies and expanding bank credit under a Trump presidency. An aging business cycle may favor larger caps later in the year.

We expect the 10-year Treasury yield to end 2017 in its current range of 2.0–2.5%, with a potential for 2.75%. Scenario analysis based on this potential interest rate range and the duration of the index indicates low to mid single digit returns for the Barclays Aggregate Bond Index.

Post-election, interest rates have moved up, steepening the Treasury yield curve, as the market digested prospects of increased levels of fiscal spending, growth, and inflation due to Trump’s infrastructure spending plans amid a united Congress. An uptick in inflation, along with steady and improving economic growth due to anticipated fiscal stimulus, and potential Fed rate hikes, may possibly pressure bond prices in 2017. Although our baseline forecast is for 10-year Treasury yields to end the year between 2.0% and 2.5%, we see the potential for yields to climb as high as 2.75% in 2017, should meaningful fiscal stimulus be enacted. Low and negative yields for developed foreign countries, however, will potentially continue to put downward pressure on U.S. yields. This effect could become even larger if additional countries take the U.K. route and decide to leave the European Union, and the European Central Bank is forced to continue its quantitative easing program to calm markets. Any meaningful decline in rates would likely require a recession as a catalyst, which we do not see as likely in 2017.

We continue to favor intermediate-term bonds for 2017, with an emphasis on investment-grade corporates and mortgage-backed securities, given the backdrop of range-bound interest rates. Lower-quality fixed income will likely be supported by business friendly policies, in line with our positive view on equities. Therefore, a small allocation to high yield and/or bank loans may make sense for suitable investors.

Businesses both in the U.S. and abroad are adept at adapting to changing business environments. Simply being invested lets these companies do much of the work for you in adjusting to new economic realities. We suggest focusing on your personal milestones, having a plan, and understanding when global events actually matter. The milestones that the markets have passed in 2016, and the new environment we are entering in 2017, may require some course adjustments. When uncertainty and volatility arise, as they always do, the wisest course is often to maintain the long view and seek the kind of sound financial advice that can help keep you on course.

We wish you all a joyous holiday season and much investing success in 2017.

IMPORTANT DISCLOSURES The opinions voiced in this material are for general information only and are not intended to provide specific advice or recommendations for any individual security. To determine which investment(s) may be appropriate for you, consult your financial advisor prior to investing. Economic forecasts set forth may not develop as predicted and there can be no guarantee that strategies promoted will be successful. Currency risk is a form of risk that arises from the change in price of one currency against another. Whenever investors or companies have assets or business operations across national borders, they face currency risk if their positions are not hedged. Investing in foreign and emerging markets debt securities involves special additional risks. These risks include, but are not limited to, currency risk, geopolitical and regulatory risk, and risk associated with varying settlement standards. High-yield/junk bonds are not investment-grade securities, involve substantial risks, and generally should be part of the diversified portfolio of sophisticated investors. Bank loans are loans issued by below investment-grade companies for short-term funding purposes with higher yield than short-term debt and involve risk. Mortgage-backed securities are subject to credit, default risk, prepayment risk (that acts much like call risk when you get your principal back sooner than the stated maturity), extension risk, the opposite of prepayment risk, and interest rate risk. There is no guarantee that a diversified portfolio will enhance overall returns or outperform a nondiversified portfolio. Diversification does not ensure against market risk. Indexes are unmanaged index and cannot be invested into directly. Unmanaged index returns do not reflect fees, expenses, or sales charges. Index performance is not indicative of the performance of any investment. Past performance is no guarantee of future results. The S&P 500 Index is a capitalization-weighted index of 500 stocks designed to measure performance of the broad domestic economy through changes in the aggregate market value of 500 stocks representing all major industries. The Barclays U.S. Aggregate Bond Index is a broad-based flagship benchmark that measures the investment-grade, U.S. dollar-denominated, fixed-rate taxable bond market. The index includes Treasuries, government-related and corporate securities, MBS (agency fixed-rate and hybrid ARM passthroughs), ABS, and CMBS (agency and non-agency).