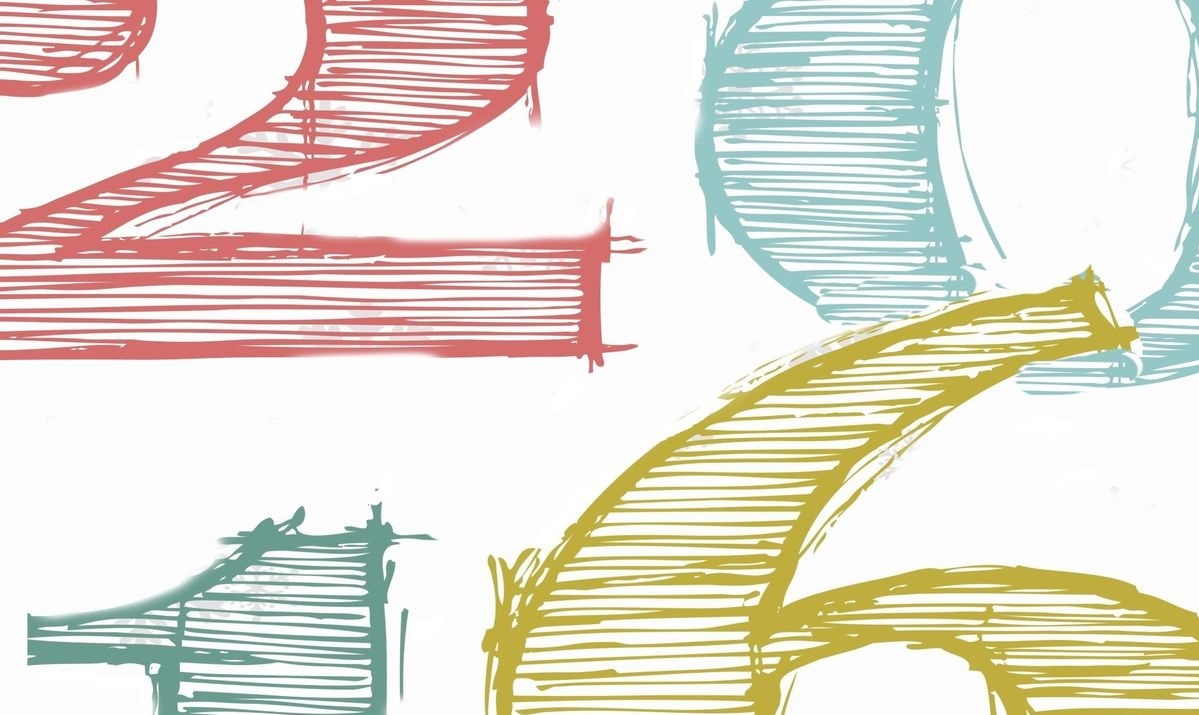 This week we take a look back at some of our hits and misses of 2016. We certainly had some of both in what was a difficult year to forecast the equity markets.

First, the year got off to one of the worst starts ever with a 10.5% stock market correction during the first five weeks of the year as oil prices collapsed. Then we got unexpected election outcomes. In the U.K., the Brexit vote and the stock market’s post-vote resilience were both largely unexpected. Similarly, few predicted Trump’s victory (which apparently surprised even the president-elect himself). That surprise was followed by another—one of the strongest post-election stock market rallies in history.

Against that unpredictable backdrop for stocks, we got some things right and some things wrong. Here is a look back at the hits and misses of 2016.

WHAT WE GOT RIGHT

Stock market forecast. One could argue this forecast belongs in the “hit and miss” category below but we give ourselves the benefit of the doubt on this one. We called for mid-single-digit returns for the S&P 500 this year, writing:

”Stocks, we believe, will not collapse, as many think, or soar, as many hope,
but may offer near historical routine returns.”

Later in the year, as the major averages hit a series of new highs and valuation concerns became widespread, we noted that stock valuations were reasonable given the stage of the business cycle and low interest rates and inflation. This is still our view which has, up to this point, been right.

Response to early 2016 volatility. We did not anticipate the sharp downturn early in 2016. However, we made the right decision to maintain our year-end forecast at that time while many Wall Street strategists cut their year-end forecasts. We also stood by our call for continued economic growth, i.e., no recession, and to generally maintain portfolio risk levels near benchmarks. Further, the catalysts we cited in previous weekly market commentaries all played out, including: higher oil prices, improving credit markets, evidence of a more pragmatic Federal Reserve, and stable Chinese capital flows and currencies.

Technicals and sentiment. Our use of technical indicators and sentiment measures to help guide our asset allocation decisions proved helpful in 2016. At the February 2016 lows, the number of bulls in the American Association of Individual Investors (AAII) was near financial crisis lows in March 2009, suggesting the worst might have been over (and it was). Market breadth indicators helped us stay positive toward equities during the early summer ahead of the Brexit vote. Historical seasonal patterns supported sticking with stocks after Trump’s victory, as large market declines after elections have been extremely rare, with recessions providing (2000 and 2008) the only exceptions going back to the 1952 election.

International developed. We came into 2016 expecting an opportunity to emerge in international developed equities, as represented by the MSCI EAFE Index, but that opportunity never came. Still, we were better off on the sidelines in tactical portfolios where we remained for virtually the entire year. Simply put, quantitative easing (QE) in Europe was not enough to overcome geopolitical challenges and sluggish economic growth. Developed international markets have returned just 0.5% year to date, well behind the S&P 500.

Election outcomes. The two big election outcomes—the Brexit vote in the U.K. and the U.S. presidential election—were among the two biggest things we got wrong; though we certainly were not alone. In both cases, stocks reacted better than we expected (though based on futures markets the S&P 500 did correct about 6% overnight during Election night). We had expected a pullback to potentially provide an opportunity to get more positive on U.S. equities, but that pullback never really came. The one that did—the post-Brexit vote decline—was essentially over in two days and totaled only 4% based on closing prices.

Value. After getting growth over value right in 2015, we stuck with that positioning too long in 2016. A sizable portion of the value outperformance this year (the Russell 3000 Value Index has returned 16.3% year to date) has come from financials in the postelection rally. As the year progressed we did turn more positive on both financials and energy, the two biggest value sectors, and recommend a balanced style approach in 2017.

Small caps. Our preference for large caps over small during the year was mostly business cycle driven, which was totally outweighed by policy considerations. The unexpected Republican sweep opened up a strong avenue toward comprehensive tax reform. In addition, small cap companies pay higher tax rates than their large cap global counterparts, so they have more to gain from the lower corporate tax rates that are likely forthcoming. Smaller companies are also more insulated from potential protectionist trade policy, so Trump’s victory likely drove some rotation from large into small caps (despite tax repatriation of overseas cash, a likely to be proposed piece of tax reform more beneficial to larger cap companies). Though certainly a missed opportunity, the double-digit returns in U.S. large caps still provided attractive absolute returns, despite trailing small caps, as measured by the Russell 2000, by about 9% year to date.

Earnings. We were overly optimistic in our S&P 500 earnings growth forecast for 2016, which was in line with consensus according to Thomson Reuters at mid- to high-single-digits, underestimating the depth of the energy downturn and strength of the U.S. dollar. However, we accurately forecasted the second half earnings rebound which, assuming the historical pattern of upside holds, will reach a mid- to high-single-digit range in the fourth quarter of 2016 (and was close in the third quarter with a more than 4% year-over-year increase).

In emerging markets (EM), over the full year our optimism was largely warranted, with the MSCI Emerging Markets Index returning 10.5% year to date. We maintained previously established, modest exposure to EM in several portfolios during the year, which helped performance, although allocations added during the year have not added value yet due to the post-election sell-off on trade war fears.

Diversification has added a little bit of value this year, after detracting most of the past five years. Diversifying into small and midcap stocks was helpful, while EM equities had only a marginal negative impact, though lagging developed international markets (based on the MSCI EAFE Index) detracted from performance when used as a diversifier.

As we turn the page to 2017 we look forward to potentially another solid year of stock market performance for investors.

IMPORTANT DISCLOSURES The opinions voiced in this material are for general information only and are not intended to provide specific advice or recommendations for any individual. To determine which investment(s) may be appropriate for you, consult your financial advisor prior to investing. All performance referenced is historical and is no guarantee of future results. The economic forecasts set forth in the presentation may not develop as predicted and there can be no guarantee that strategies promoted will be successful. Investing in stock includes numerous specific risks including: the fluctuation of dividend, loss of principal and potential illiquidity of the investment in a falling market. Small cap stocks may be subject to a higher degree of risk than more established companies’ securities. The illiquidity of the small cap market may adversely affect the value of these investments. All indexes are unmanaged and cannot be invested into directly. Because of their narrow focus, specialty sector investing, such as healthcare, financials, or energy, will be subject to greater volatility than investing more broadly across many sectors and companies. There is no guarantee that a diversified portfolio will enhance overall returns or outperform a non-diversified portfolio. Diversification does not ensure against market risk. Investing in foreign and emerging markets securities involves special additional risks. These risks include, but are not limited to, currency risk, political risk, and risk associated with varying accounting standards. Investing in emerging markets may accentuate these risks. Bonds are subject to market and interest rate risk if sold prior to maturity. Bond values and yields will decline as interest rates rise, and bonds are subject to availability and change in price. Active Management may involve more frequent buying and selling of assets and will tend to generate higher transaction cost. Investors should consider the tax consequences of moving positions more frequently. All investing involves risk including loss of principal. INDEX DESCRIPTIONS The Standard & Poor’s 500 Index is a capitalization-weighted index of 500 stocks designed to measure performance of the broad domestic economy through changes in the aggregate market value of 500 stocks representing all major industries. The MSCI Emerging Markets Index captures large and mid cap representation across 23 emerging markets (EM) countries. With 822 constituents, the index covers approximately 85% of the free float-adjusted market capitalization in each country. The MSCI EAFE Index (Europe, Australasia, Far East) is a free float-adjusted, market-capitalization index that is designed to measure the equity market performance of developed markets, excluding the United States and Canada. The Russell 3000 Index measures the performance of the largest 3,000 U.S. companies representing approximately 98% of the investable U.S. equity market. The Russell 2000 Index measures the performance of the small cap segment of the U.S. equity universe. The Russell 2000 Index is a subset of the Russell 3000 Index representing approximately 10% of the total market capitalization of that index.