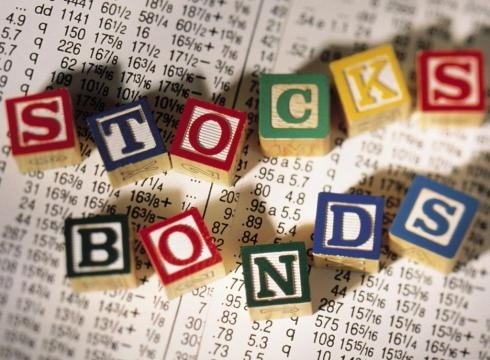 Can't stocks and bond yields just get along?

This relationship suggests that, with the 10-year yield currently near 2.5% and well below the 5% mark, rising bond yields may not disrupt the stock market’s ascent. So, while we would certainly not consider 5% a magic number, we do think yields have room to move before they become worrisome for the stock market.

Conversely, at high interest rate levels, economic growth has been accompanied by high inflation, which can negatively impact economic growth and erode the present value of future earnings, a negative for stock prices such as was observed in the late 1970s.

The negative impact of high inflation on stocks is evident, which shows the stock valuations have historically been lower at high levels of inflation, as measured by annual changes in the consumer price index (CPI). The latest reading on the CPI (October 2016) is below 2% (1.6% year over year), which has corresponded to average price-to-earnings (PE) ratio of just over 18, which happens to be where the S&P 500 PE is currently.

Similarly, high interest rate levels (above a 6% 10- year Treasury yield) have historically corresponded to lower stock valuations. Based on data back to 1962, above 6% the S&P 500 PE has averaged 13.7, compared with an average PE of 18 at 10-year Treasury yields below 6%. High interest rates can also put upward pressure on the U.S. dollar and, at least temporarily, negatively impact export growth and overseas corporate profits.

A LOOK AT HISTORY

It is also instructive to look back at historical periods of rising interest rates to see how stocks reacted. All of the rising interest rate periods over the past 55 years (minimum of 100 basis point rise in the 10-year yield). The results offer generally good news, as stocks have mostly interpreted rising interest rates as a signal of better economic growth rather than harmful inflation. During the 23 periods analyzed, the average gain in the S&P 500, excluding dividends, has been 5.7% (median 3.8%). The average duration of the periods is 1.06 years and stocks rose in 83% of the periods.

Some of the circumstances surrounding markets during the rising rate periods when stocks fell most allow us to differentiate those periods from the current environment:
Recent history has been better in general, as stocks have risen in all 11 rising rate periods since 1996, with an average gain of 9% (median 5.4%). These periods have been shorter in duration (average half a year) and seen slightly smaller rate moves, a reflection of the low inflation and low interest rate environment over the past 20 years.

While this analysis only goes back to the early 1960s, and going further back risks erroneous comparisons, the 1950s provide another example of stocks performing well in a rising interest rate environment. Bottom line, we believe the bull market in stocks can coexist with the bear market in bonds and we interpret the move in rates as an indication of improving economic growth prospects rather than of worrisome inflation.

Please feel free to send me an email or give me a call if you have any questions.  (415) 944-6470
IMPORTANT DISCLOSURES The opinions voiced in this material are for general information only and are not intended to provide specific advice or recommendations for any individual. To determine which investment(s) may be appropriate for you, consult your financial advisor prior to investing. All performance referenced is historical and is no guarantee of future results. The economic forecasts set forth in the presentation may not develop as predicted and there can be no guarantee that strategies promoted will be successful. Investing in stock includes numerous specific risks including: the fluctuation of dividend, loss of principal, and potential liquidity of the investment in a falling market. Government bonds and Treasury bills are guaranteed by the U.S. government as to the timely payment of principal and interest and, if held to maturity, offer a fixed rate of return and fixed principal value. However, the value of fund shares is not guaranteed and will fluctuate. All investing involves risk including loss of principal. The PE ratio (price-to-earnings ratio) is a measure of the price paid for a share relative to the annual net income or profit earned by the firm per share. It is a financial ratio used for valuation: a higher PE ratio means that investors are paying more for each unit of net income, so the stock is more expensive compared to one with lower PE ratio.
INDEX DESCRIPTIONS The Standard & Poor’s 500 Index is a capitalization-weighted index of 500 stocks designed to measure performance of the broad domestic economy through changes in the aggregate market value of 500 stocks representing all major industries. The Consumer Price Index (CPI) is a measure of the average change over time in the prices paid by urban consumers for a market basket of consumer goods and services.