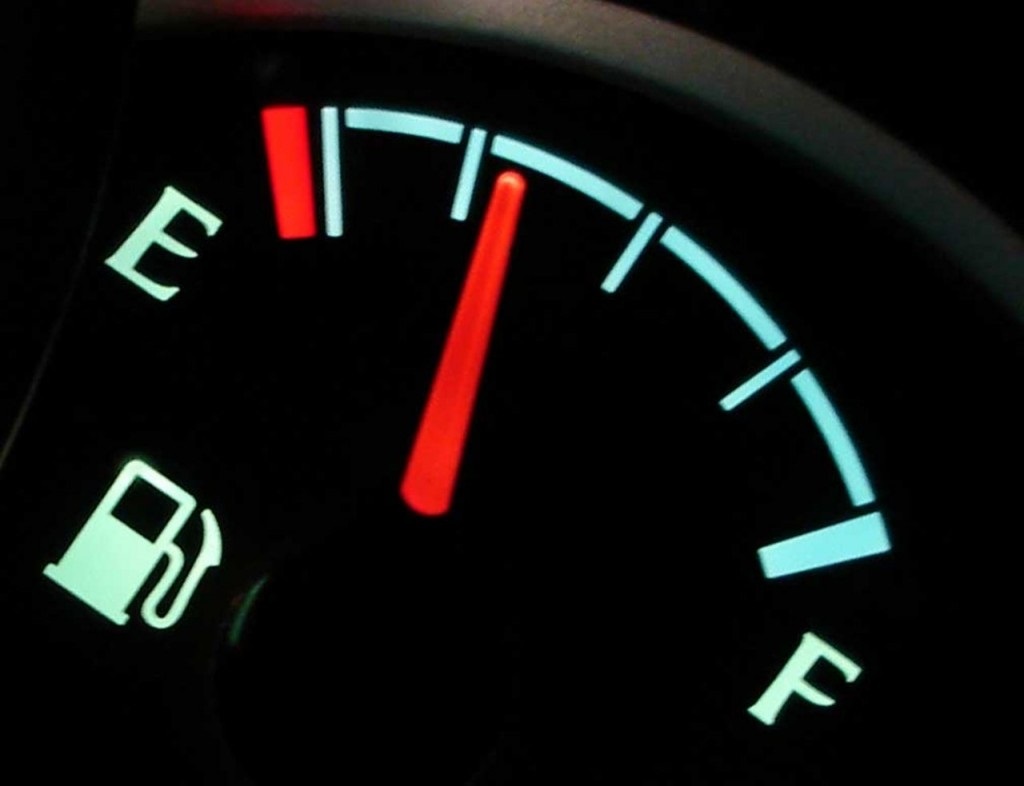 How much is left in the tank?

Here are the key takeaways:

On March 9, 2009, the S&P 500 closed at 676.53, which was the low close for the worst bear market in stocks since the Great Depression. No one would have ever believed it possible at the time, but at 97 months old, the current bull market now ranks as the second-longest since World War II, although both the 1950 and 1990s bull markets saw larger percentage gains. And though it may feel like this bull has been a straight line up, remember the S&P 500 did nothing during calendar years 2011 and 2015 and suffered through corrections of 19% and 14% in those two years, respectively.

It is notable that at the same stage of the 1990s bull market, the S&P 500 was up 255%—comparable to the current bull, which is up 250%, before powering to a 417% gain at its peak about 18 months later. We certainly aren’t calling for that, but simply pointing out that just because the bull market is old does not mean the gains are behind us.

Not surprisingly, economically sensitive sectors have led this bull market. Consumer discretionary has led the way with more than 200% above the S&P 500 and well ahead of financials’. While financials had the sharpest drop during the financial crisis and surged from the spring 2009 lows through the end of that year, the sector began to lose relative strength in 2010 because of low interest rates and regulatory pressures. Meanwhile, consumer discretionary benefited from the rebound in consumer spending and wealth, which helped enable faster than expected consumer balance sheet repair, the dramatic auto recovery, and the e-commerce boom, producing steady market-beating gains from 2009-2015 before lagging in 2016.

Looking ahead, we believe the best consumer discretionary performance of this bull market is most likely behind the sector, which tends to see better returns earlier in economic cycles. We like financials, which have historically been better mid-to-late cycle performers, and are getting some interest rate and regulatory relief.

Those looking for mean reversion opportunities may want to take a look at energy, the worst performer of the bull market with just a 64% gain (99% total return). Better supply-demand balance and regulatory relief position the sector for potentially better returns after flat performance since the end of 2010.

Turning to our favorite leading indicators to gauge the bull’s health, the Conference Board’s Leading Economic Index (LEI) has historically provided early warnings of recession and the start of bear markets; specifically, when the year-over-year change has turned from positive to negative, a recession has typically followed within the next 14 months with an average lead time of six months. The latest reading for January 2017 rose 2.5%, signaling a very low probability that a recession will cause a bear market in the next year. The February 2017 reading is due out this Friday, March 17, 2017.

The LEI, which gives a good snapshot of the overall health of the economy, is an aggregate of 10 diverse economic indicators that have historically tended to lead changes in the level of economic activity, including data on employment, manufacturing, housing, bond yields, the stock market, consumer expectations, and housing permits.

Earnings are the most fundamental driver of the stock market, and the Institute for Supply Management (ISM) Manufacturing Index has historically been a good earnings indicator, with roughly a six-month lead time. Currently, this indicator suggests continued earnings growth, with the latest reading (February 2017) coming in at 57.7 (above 50 indicates expansion).

The ISM is an association of purchasing and supply management professionals who are surveyed each month to assess their future plans; the results of the survey are then used to create an index. Because purchasing managers are on the front line of the manufacturing supply chain, they can provide signals ahead of economic turning points.

The yield curve has historically been a good signal of the impending end of bull markets; specifically, when the Fed pushes short-term rates above long-term rates, referred to as “inverting the yield curve.” In fact, all seven recessions over the past 50 years were preceded by the Fed hiking rates enough to invert the yield curve, by roughly 0.5%. With the 3-month Treasury and 10-year Treasury yielding 0.73% and 2.57%, respectively, the Fed must push up short-term rates by more than 2%, or eight hikes of 25 basis points, to invert the yield curve assuming no change in the 10-year Treasury yield that is influenced little by the Fed. Although we are almost certainly going to get a rate hike this week, and potentially two more in 2017, the Fed is unlikely to push its target rate above 3% for at least two more years and possibly longer, suggesting this indicator may not provide a worrisome signal for a while.

We do acknowledge that the Fed’s ultra-easy monetary policy may make the yield curve a less reliable signal; but even using 2-year or 5-year Treasury yields, which are not impacted as much by Fed policy as 3-month yields, produces a fairly steep curve and sizable cushion before inversion.

Fed rate hikes can provide a useful gauge of how long the current business cycle, and therefore bull market, might last. If we look at the last 60 years of Fed rate hike cycles, the U.S. economic expansion has lasted on average 47 months after the first Fed rate hike. Recall the first hike of this cycle came in December 2015, suggesting that late 2019 would be the average time to recession. However, expansions continued for 80 months (nearly seven years) after the Fed started to hike in 1983 and 1994. We are not suggesting a recession cannot occur for seven more years, but where we are in the Fed rate hike cycle suggests this bull could run a while longer.

Market breadth, which we measure by the number of stocks advancing versus declining, gives us a sense of how broad and durable a rally may be. If breadth begins to decline and diverge from the rise in the NYSE Composite Index, for example, and is followed by a decline in the index as it begins to succumb to the dwindling number of stocks in the index that are still rising, the likelihood of a market downturn increases (we use the NYSE Composite because of its many constituents). The late 1990s are a great example, when technology was the only thing holding up the market before eventually the weak technical underpinnings led to a bear market decline.

The NYSE Composite Advance/Decline (AD) line broke out to a new all-time high in April 2016, nearly three months ahead of the new high in the S&P 500 on July 2016. Historically this is how breadth works; it leads equity prices. The good news is we see no major warning signs from the NYSE AD line, or any concerning divergences between equities and breadth that might suggest an imminent downturn. Strong breadth among small and midcap stocks is also a positive sign, as weakness in these AD lines tends to appear well before weakness in the NYSE AD line.

We acknowledge rich valuations are a concern. On a trailing four-quarter basis, the price-earnings ratio (PE) for the S&P 500 is over 19. Not only are PEs above average, they are even above where most bull markets peaked and subsequently ended (mostly in the 17-18 range).

Two points on this. First, valuations are not catalysts for stock market declines, but rather determine how severe downturns are once a catalyst emerges after excesses have developed. Second, inflation and interest rates are still relatively low, supporting above-average valuations as bonds become less attractive alternatives to stocks and the present value of future earnings increases.

Valuations are not the only concern at this stage of the bull market. Policy risk is quite high and continues to warrant close attention, although we do not expect these risks to bring the bull market to an end:

We believe the now eight-year-old bull market has quite a bit left in its tank despite its old age and the risks, although exactly how much is tough to say. Even as financial advisors in Sausalito, we don't have a crystal ball.  That said, it's up to us to take the historical data and overlay our expert opinion in an effort to gauge what might happen next.  At this time, we do not see warning signs from our favorite leading indicators that might signal the end of the economic cycle. But we are not complacent, nor should you be, as valuations are rich and policy risks are elevated. Volatility will likely return, but for the time being we would suggest staying with your plan, stay invested consistent with your risk tolerance and objectives, and watch policy.

IMPORTANT DISCLOSURES The opinions voiced in this material are for general information only and are not intended to provide specific advice or recommendations for any individual. To determine which investment(s) may be appropriate for you, consult your financial advisor prior to investing. All performance referenced is historical and is no guarantee of future results. The economic forecasts set forth in the presentation may not develop as predicted and there can be no guarantee that strategies promoted will be successful. Investing in stock includes numerous specific risks including: the fluctuation of dividend, loss of principal, and potential liquidity of the investment in a falling market. Government bonds and Treasury bills are guaranteed by the US government as to the timely payment of principal and interest and, if held to maturity, offer a fixed rate of return and fixed principal value. All investing involves risk including loss of principal. Currency risk arises from the change in price of one currency against another. Whenever investors or companies have assets or business operations across national borders, they face currency risk if their positions are not hedged. Because of its narrow focus, investing in a single sector, such as energy or manufacturing, will be subject to greater volatility than investing more broadly across many sectors and companies. INDEX DESCRIPTIONS The Standard & Poor’s 500 Index is a capitalization-weighted index of 500 stocks designed to measure performance of the broad domestic economy through changes in the aggregate market value of 500 stocks representing all major industries. The Institute for Supply Management (ISM) Index is based on surveys of more than 300 manufacturing firms by the Institute for Supply Management. The ISM Manufacturing Index monitors employment, production inventories, new orders, and supplier deliveries. A composite diffusion index is created that monitors conditions in national manufacturing based on the data from these surveys. The Leading Economic Index is a monthly publication from the Conference Board that attempts to predict future movements in the economy based on a composite of 10 economic indicators whose changes tend to precede changes in the overall economy. The NYSE Composite Index is a stock market index covering all common stock listed on the New York Stock Exchange, including American Depository receipts, real estate investment trusts, tracking stocks, and foreign listings. To complete the Over Index, LPL Research measures trends in three broad economic drivers: spending, borrowing, and confidence. For each of these three drivers, we found four diverse components that reflect the economic activity of that sub-index from a different angle. The Over Index takes each of the subcomponents and uses a sophisticated statistical process to normalize and index each data series into an overall score for each of the three drivers. The combined aggregated data helps to measure the likelihood that the economy is showing signs of overactivity and that we may be approaching a cyclical peak.