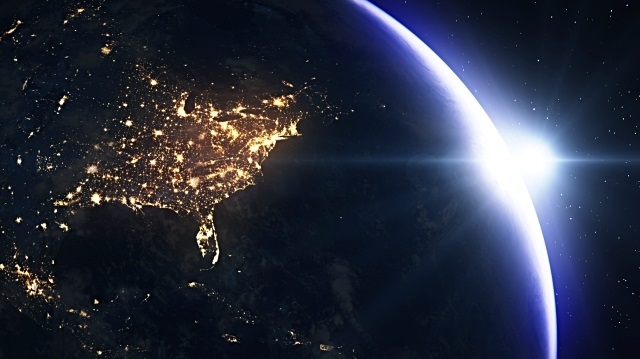 Here are the key takeaways::

The history of the North American Free Trade Agreement (NAFTA) reminds us of the children’s nursery rhyme “Solomon Grundy” (“Born on Monday…Buried on Sunday”). NAFTA was proposed by Reagan, signed by George H.W. Bush, implemented by Clinton, defended by George W. Bush, and largely ignored by Obama. Will Trump finish the rhyme by burying NAFTA? An examination of the history, controversies, and some of the results of NAFTA may provide some answers.

NAFTA was originally proposed by Ronald Reagan as he began his campaign for president in 1979, suggesting an agreement leading to “a North American continent in which the goods and people of the three countries will cross boundaries more freely.” The conservative Heritage Foundation, then a newly established think tank, was one of the primary supporters of the concept. Negotiations began during the Reagan administration and were finished under the George H.W. Bush administration. President George H.W. Bush actually signed the agreement in 1992. However, it was not formally ratified by Congress until after Bill Clinton took office; therefore it was President Clinton that signed the U.S. laws ratifying NAFTA in 1993. Clinton had been a supporter of NAFTA throughout the 1992 presidential campaign.

Support for NAFTA has always been bi-partisan but controversial. Ultimately, it was passed with more Republican support than Democratic, on a close vote with the political center largely in support. Much of the most vocal opposition came from the left, initially by labor unions that feared a loss of jobs to Mexico due to lower wages (helped by poor working conditions). Consumer and environmental activists also feared harm from lower Mexican safety and environmental standards. Human rights advocates worried about the direct impact on Mexican workers. Conservative opposition to NAFTA was somewhat muted, due in part to Reagan’s backing and support from stalwart conservative and libertarian think tanks like Heritage, the American Enterprise Institute, and the Cato Institute. However, there were well-known political conservatives, most notably Patrick Buchanan and former Nevada Senator Paul Laxalt, who opposed NAFTA on grounds of loss of national sovereignty (as decisions made by U.S. firms could be undone by an international tribunal) and due to fears that increased trade would lead to increased drug smuggling and illegal immigration.

Of course, Ross Perot made opposition to NAFTA the cornerstone of his 1992 presidential campaign. Perot’s criticism of NAFTA came mostly from the traditional left viewpoint. While the phrase “giant sucking sound” has remained part of popular culture, his actual statement was somewhat more wide reaching:

"We have got to stop sending jobs overseas… If you’re paying $12, $13, $14 an hour… you can move your factory south… pay a dollar an hour for labor... have no healthcare—that’s the most expensive single element in making a car—have no environmental controls, no pollution controls, and no retirement… and you don’t care about anything but making money, there will be a giant sucking sound going south."

One of the reasons that NAFTA remains so controversial is how it operated. Immediately on its effective date (January 1, 1994), NAFTA completely removed tariffs on approximately 50% of the goods imported from Mexico to the United States, with the goal of eliminating the rest of the tariffs over the next 15 years. The last remaining tariffs were in fact removed on January 1, 2008. The U.S. and Canada already had a tariff-free border since 1989. However, as Mexico had very different environmental and labor laws than the U.S., there were two separate pieces of legislation designed to promote harmonization of national laws in these areas.

One of the main features of the agreement involves “rules of origin,” which dictate the definition of where a product comes from. However, in modern commerce, these rules can be complicated and confusing. If a transistor is made in China, put into an automatic car seat control panel in Mexico, which is then put into a car seat in Canada, and ultimately put into a car in the U.S., at each step these components need to be evaluated for their true country of origin. These complexities provide the basis of some criticism of NAFTA.

SO WHAT HAPPENED? TRADE WITH MEXICO

So what happened to U.S. trade with Mexico and Canada between 1993 (the year before NAFTA took effect) and today, and what about that “giant sucking sound” of jobs moving south from the U.S. to Mexico? In 1993, the U.S. exported $42 billion of goods and $10 billion of services, and imported $40 billion of goods and $7 billion of services for a net trade surplus with Mexico of $5 billion. By 1995, the trade surplus had turned into a trade deficit on goods and services of $12 billion, with all the deterioration coming on the goods side of the ledger. In 2015—the last full year of available data—the U.S. trade deficit with Mexico was $58 billion, or just 0.3% of gross domestic product (GDP), with the goods deficit of $68 billion more than offsetting the $10 billion trade surplus we run with Mexico on the service side of the economy. In 1993 our largest export to Mexico was capital goods, and our largest import was machinery and electrical equipment. Today, our top export to Mexico is motor vehicles and parts along with petroleum and coal products, while our top imports from Mexico are motor vehicles and motor vehicle parts.

SO WHAT HAPPENED? TRADE WITH CANADA

Let’s now turn to Canada. In the year before NAFTA, 1993, the U.S. ran an $11 billion deficit in goods with Canada but a services surplus of $8 billion, for an overall deficit of $3 billion, well under 1% of GDP. By 1995, the deficit was $12 billion, with the $7 billion services surplus more than offset by a $19 billion goods deficit. In 2015, the last full year of available data, the U.S. ran a $6 billion trade surplus (0.03% of GDP) with Canada, as the $21 billion goods deficit was more than offset by the $27 billion services surplus. In 1993, our top export to Canada was capital goods and our top import was consumer goods. Today, our top export to Canada is motor vehicles and motor vehicle parts, and our top imports from Canada are oil and gas and motor vehicles.

On balance, total U.S. trade (imports plus exports) with Mexico and Canada in 1993 equaled about 5% of U.S. GDP. Today, that figure is 7% of GDP, so trade to and from Mexico and Canada has expanded by 40% over the past 25 years as a percent of GDP.

IMPACT ON JOBS AND WAGES

The political difficulty with any trade deal (and perhaps any government policy) is that the beneficiaries may be many but diffuse, perhaps not even knowing they have been a beneficiary. For example, everyone in the U.S. benefits from muted inflation caused by importing cheaper goods, but few are likely to associate low prices with NAFTA. But those who have been harmed by a trade deal know exactly how they have been hurt. This has great political implications. As we have seen by NAFTA’s history, issues regarding trade do not fall cleanly on our traditional liberal and conservative spectrum.

The opinions voiced in this material are for general information only and are not intended to provide specific advice or recommendations for any individual. To determine which investment(s) may be appropriate for you, consult me prior to investing. All performance referenced is historical and is no guarantee of future results.

An investment in Exchange Traded Funds (ETF), structured as a mutual fund or unit investment trust, involves the risk of losing money and should be considered as part of an overall program, not a complete investment program. An investment in ETFs involves additional risks such as not diversified, price volatility, competitive industry pressure, international political and economic developments, possible trading halts, and index tracking errors.

Amounts in mutual funds are subject to fluctuations in value and market risk. Shares, when redeemed, may be worth more or less than their original cost. An increase in interest rates may cause the price of bonds and bond mutual funds to decline.

The economic forecasts set forth in the presentation may not develop as predicted and there can be no guarantee that strategies promoted will be successful.

Investing in stock includes numerous specific risks including: the fluctuation of dividend, loss of principal, and potential liquidity of the investment in a falling market.

All investing involves risk including loss of principal.

The Standard & Poor's 500 Index is a capitalization-weighted index of 500 stocks designed to measure performance of the broad domestic economy through changes in the aggregate market value of 500 stocks representing all major industries.

The NAAIM Exposure Index represents the average exposure to U.S. Equity markets reported by the active money managers that make up its member firms.